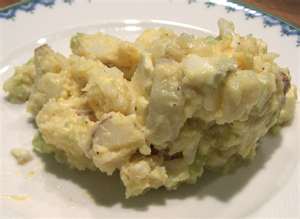 When I was away at school, I had the freedom to do whatever I wanted, pretty much whenever I wanted. As it happened there were quite a few times where I did nothing at all, but I even enjoyed that option, because it was mine and mine alone. Weekends would come, mostly in the winter, and if I did not want to leave my bed the entire time, I did not. Easter would roll around, and I wouldn’t return home if I did not want to. I would find somewhere else to spend the holiday (Dinner with my then-boyfriend’s family the first two years, and driving back from my first time in the Big Apple the third).

Living at home after having that freedom, I came to realize something.

I’m never going to have the same kind of freedom again. At least, not while I’m living here.

Not to say my parents control my every move, that would just be ridiculous. For the most part I have that same freedom. But there are a couple events that, as when I was still a teenager and child before that, I don’t get a say.

Family ‘reunions’ are one of them.

I’m not against seeing cousins and aunts/uncles again; especially the ones that I have not seen since before I graduated high school five years ago. But I like to feel like I have a choice on the matter. As if I am saying, “Oh, that sounds like fun. I’ll tag along.” Instead of being told, “There’s a family get-together at your cousin’s place next month. All of you will be there.”

“What If I have something else to -.”

“ALL of you will BE THERE.”

And, like it or not, this past weekend all of us jammed into my dad’s jeep and made the three and a half hour (four and a half, this time, on account of traffic following several fender-benders on the highway) trip to my grandmother’s house. (No, we didn’t go through any woods, although there were quite a few rivers). The reunion wasn’t until Sunday afternoon – late Sunday afternoon – so the boys and I were trapped in the hood listening to my grandfather go on and on about his hip surgery, while we buried our heads more and more into our books, praying he’d realize that we really were reading, not just trying to ignore him (I suppose it was a bit of both on Michael’s part, but I was justified – I had Stephen King in my hands).

Even though I was drafted to go to the picnic, I was resolved to make the absolute best of it – unlike the boys (particularly Michael), I probably would have wanted to go without being told that I had to.

For the most part, I think we all had a good time. The only trouble I had was answering the inevitable, “What are you doing now? Do you have a job?” But, this time I was actually prepared. Sort of. I decided a week and a half ago that I was NOT going to get anywhere (professionally) in farm country NY, and maybe it is finally time to consider fulfilling my dream of moving to Seattle, WA.

Not that I’m going to do it right away. But I’m working on getting a few jobs in order to save up enough money to move out there by this time next year. It was a little exciting, because I was finally able to share with plan with someone (I had been holding off on mentioning it to my parents, because I wasn’t sure how they would react to me moving so far away by myself).

And the two things I am looking forward to most besides obtaining some sort of job?