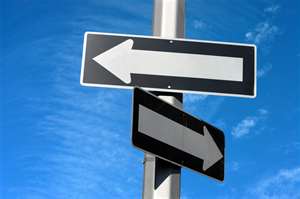 Many post-grads make plans to move somewhere new after college. They move back in with their parents, take a job in a new place, or simply decide to take up residence somewhere fresh. In my case, the decision to move from Iowa to the Boston area took months to make, and I didn’t make it alone.

I mentioned in a previous post that I recently moved to Massachusetts with my boyfriend, Peter. We both graduated in May. He knew he wanted to get his PhD in physics, while I knew I didn’t want to go to grad school (at least right away). And after being together for four years, we knew we wanted to be somewhere new together. So it made sense that I would follow him wherever he went to school.

In December of last year, he started applying for grad school. It was a crazy, stressful time for him, as it meant filling out forms, writing essays, and securing letters of recommendation on top of his heavy course load. He applied to nearly ten schools, both Ivy League and state universities.

He got into his safety schools, and to his relief, most of his top picks as well.

In the end, the decision came down to two schools, University of Chicago, or Harvard. So we made a massive pro/con list and took everything we could think of into account – locations, cost of living, family factors, crime, job opportunities for me, and each school’s respective physics program.

For a month, he changed his mind at least every other day. I was pulling for Chicago from the beginning – I had spent a lot of time there, both visiting and inhabiting, so I knew the city’s offerings and limitations. I knew that my job prospects would be decent, and that I already loved living there. I knew it would be cheaper to live there and that I would be able to easily make the three hour drive back to Iowa to see my family and friends. But I also knew that Chicago would be my ideal place to “settle,” and I didn’t want to settle yet.

Eventually Peter made his decision, and he wanted to go to Harvard. The physics program would give him more opportunities. And, as he admits, he is a kind of nomad at heart, so he was getting restless in the Midwest. He already knew what Chicago had to offer and wanted a place with completely new opportunities.

In time, he convinced me that Massachusetts was right for us. We made budgets to make sure we could live off of his grad-student stipend in case my job search went badly. We took note of all of the cultural offerings of Boston (which excited the historian in me). I knew I wouldn’t be unhappy there, and I knew he would regret it if we didn’t go. So we went.

Our relocation wasn’t easy, but so far I don’t regret it. I hate that most of our friends are still together in Iowa City while I’m here basically alone. But I know that time will fix that. I miss having my car, but I like that I can walk practically anywhere I need to go. I absolutely love all of the things to do in my new place, and all of the new things I can try.

Be warned: even if you’re ready for it, making a move this huge will probably be hard. And, if you’re anywhere near as indecisive as I am, the decision will be just as difficult. But you’re a post-grad now – in theory, you have tons of opportunities ahead of you, even if the job market seems to disagree.

Maybe that’s me being the optimist, but for now, I’m going to take advantage of the fact that I haven’t had that beaten out of me yet.